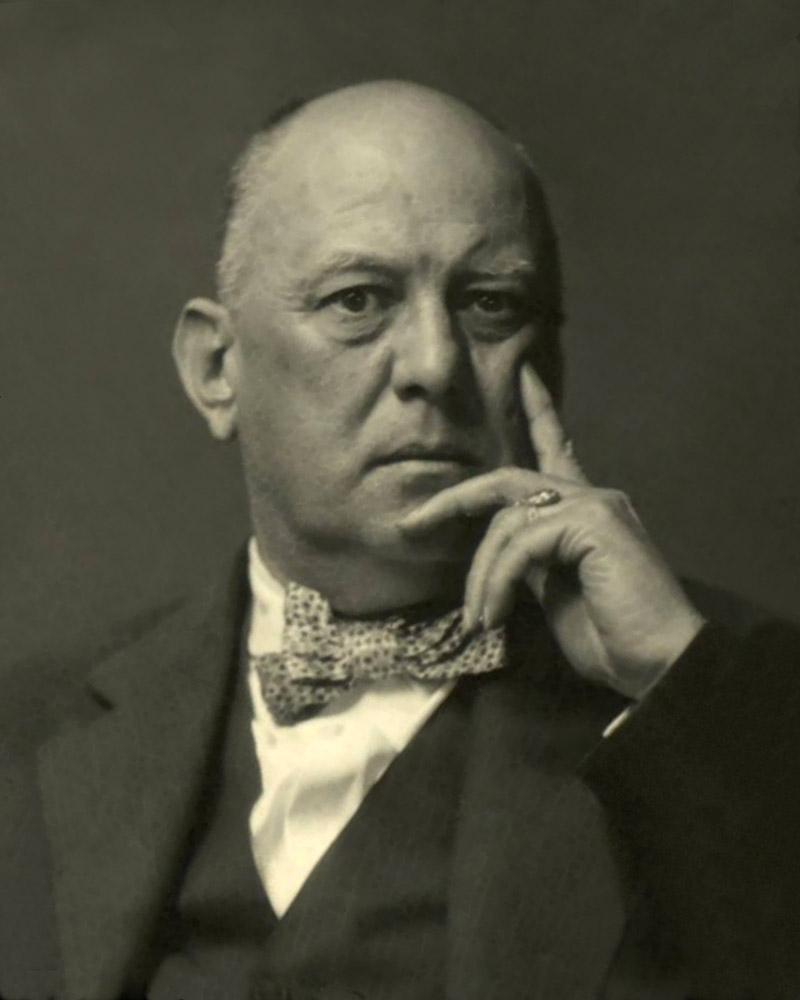 Aleister Crowley has an extensive and notorious reputation making him damn near a household name, if not per virtue of his deification by Ozzy Ozborne, The Beatles, Iron Maiden, and numerous other Trumpeters of the Apocalypse, then by his moniker "666". His violent attacks against Law, Religion, and Moralisms reserved him a spot in the section of Valhalla that praises those who took no shit from the monstrous mountain gods of time past. Crowley's influence on popular culture was as tangible in his time as now, but this is only his effect on the larger public. His esoteric relevance to the modern world is continued through the Ordo Templi Orientis.

Crowley (aka Phoenix as the OHO of OTO and Baphomet as X* of the British Isles) was initiated into OTO in 1910 and within two years became crowned the Supreme and Holy King (X*) of the British Isles. He reformulated the initiates of the OTO in the spirit of Thelema, The Book of the Law, and Magick. He reconciled the disparities of numerous branches of Freemasonry and bound them to the principles of Thelema and Agape, transforming the initiations, practices, and procedures of OTO accordingly. While Crowley is still capriciously (and often fallaciously) attacked by modern Freemasons, his transmutation of Masonry is astounding and insightful, setting the Order eternally apart from our estranged cousins.

Aleister Crowley was a prolific writer and a full collection of his works would both bless and burden any bookcase. Much of his literature is in direct reference to the Initiations of OTO, and vice versa. Any person considering Initiated membership in OTO is strongly recommended to begin exploring the writings of Aleister Crowley. Any Thelemite (adherent of Thelema) who values the attainment of honor through renunciation and the possibilities of cooperative endeavor can look forward to the OTO as a promise of Thelemic community and Magical insight very hard to come by in most modern magical communities.

For more information on Aleister Crowley, consult Do What Thou Wilt by Lawrence Suttin or Perdurabo by Richard Kaczyinski. Additionally, the Don Quixote Esoteric Biblioteca page on this website contains further references to help increase the breadth and depth of a student's knowledge of Magick, Thelema, and Crowley-studies.